This year the final stage of the Olympiad will take place and it will be by December 2021.

The Olympiad topics are: 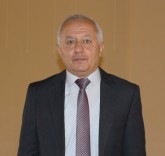 The Message from Vazgen Melikyan

President of Program Committee, Corresponding Member of National Academy of Sciences of the Republic of Armenia, Director of Educational Department of Synopsys Armenia CJSC

The Olympiad has already become a popular and reputable event in many countries around the world as it serves its main goals which are: stimulate further development of microelectronics, discover young, talented resources, increase interest in the field of microelectronics, understand the level of microelectronics knowledge among young specialists to identify necessary adjustments to educational programs of universities and establish international community of young specialists. Young specialists are looking forward to participating in the Olympiad every year, and the process of getting prepared helps them to develop their knowledge.
I wish good luck to all participants of the upcoming Olympiads.
Sci.D., Professor Vazgen Shavarsh Melikyan President of Program Committee of Annual International Microelectronics Olympiad, Director of Educational Department, Synopsys Armenia CJSC Corresponding Member of the National Academy of Sciences of Armenia, Honorable Scientist of Armenia, Laureate of the Prize of RA President

Some text in the Modal.. 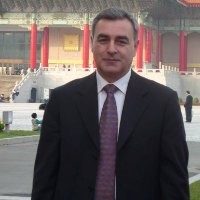 The Message from Armen Baldryan

President of the Olympiad Organizing Committee, Director of Unicomp CJSC

The Annual International Microelectronics Olympiad of Armenia is a global contest for young engineers under 30, engaged in the field of microelectronics and EDA. It provides an excellent platform to understand the level of knowledge of participants, in order to improve educational programs designed for preparation of qualified engineers meeting the highest international engineering standards.

This Olympiad is a successful example of cooperation among Business-Academia-Government, aimed at stimulating the further development of microelectronics in Armenia and member countries in particular, and at the global level in general. Initiated by Synopsys Armenia and under the auspices of the Prime Minister of Armenia, the Olympiad plays an important role in creating a global community of young specialists involved in microelectronics. Thanks to the sponsorship of our committed partner VivaCell-MTS, the opportunity of traveling to Yerevan to participate in the Olympiad is a very attractive proposal, making the Olympiad a truly unprecedented event in the field of microelectronics throughout the world. Since 2012 the event is held in cooperation with Test Technology Technical Council (TTTC) of the Institute of Electrical and Electronics Engineers (IEEE). The partnership of IEEE – the largest association of electrical and electronic engineers, emphasizes the olympiad’s growing international reputation. It also highlights Armenia’s ranking as a Center of Excellence for Microelectronics Education.

We are glad to host in Yerevan the participants from countries around the world. 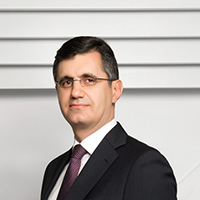 The Message from Ralph Yirikian

General Manager of VivaCell-MTS, the General Partner of the Olympiad

Only the country that values the scientific endeavors, explores the scientific potential and supports the science can succeed and the systemic approach to all these guarantees opportunity to keep the pace with the modern world and to enjoy the advantages of having competitive economy.

Obviously, the microelectronics Olympiad is called to encourage healthy competition of ideas. Owing to your devotion to science you have already managed to achieve a lot and to keep the name of your country high. And there is one important thing to remember: the future of the Homeland is in the hands of competitive professionals.

Science is an eternal source that lets you see the true picture of the things and to build the future on new and more reliable grounds. VivaCell-MTS greets the participants of the Olympiad, who know that the scientific potential is an asset. We believe that they will be guided by the just purpose to build a brighter future in their projects of economic development.

VivaCell-MTS support to the organization of the microelectronics Olympiad stems also from the belief that the business sector needs to share the fruits of its activities with the society and to support the younger generation of the country in developing and growing into competitive professionals.

We wish all the success to the organizers and the participants of the Olympiad.

So far, about 5000 students participated 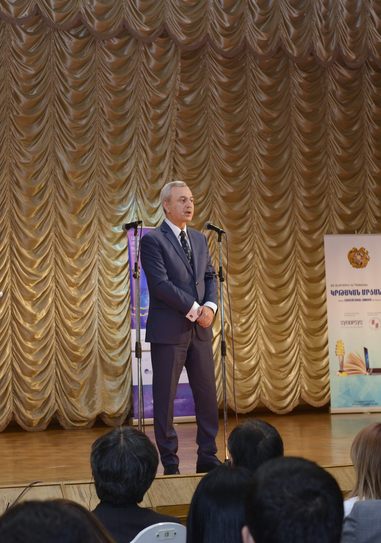 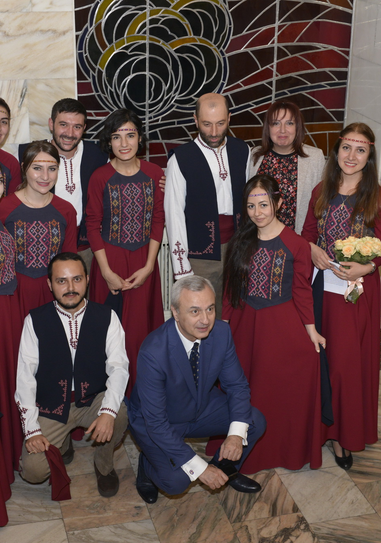 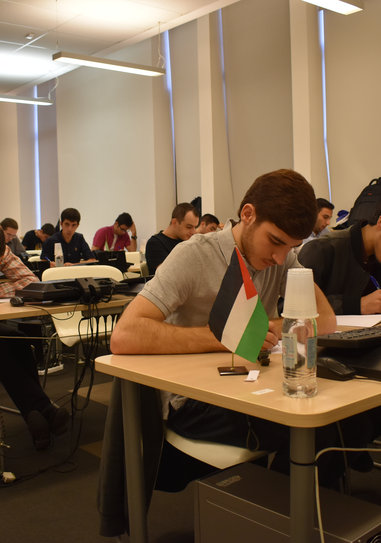 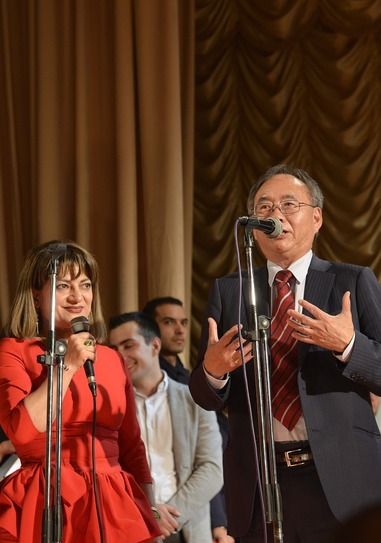 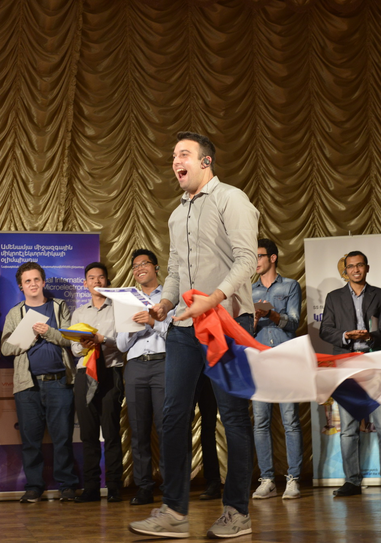 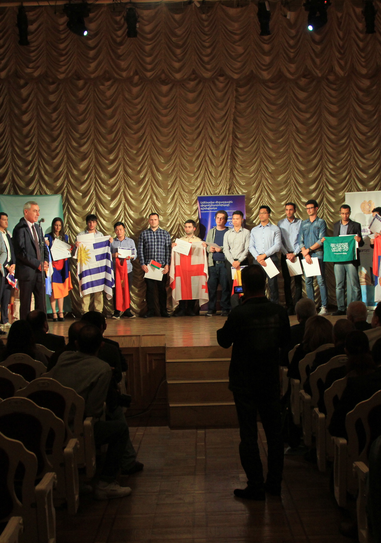 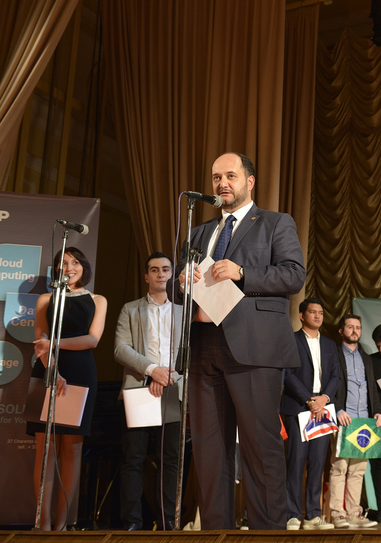 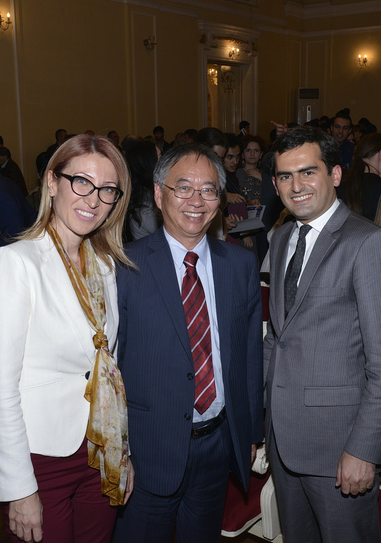 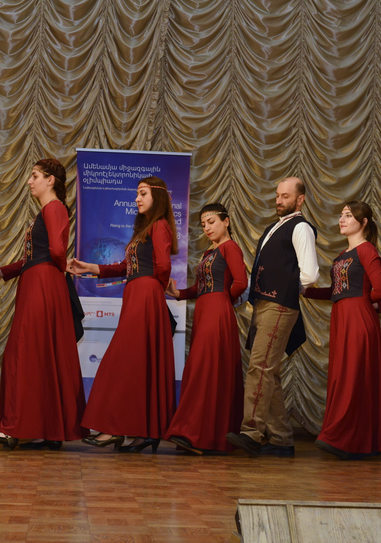 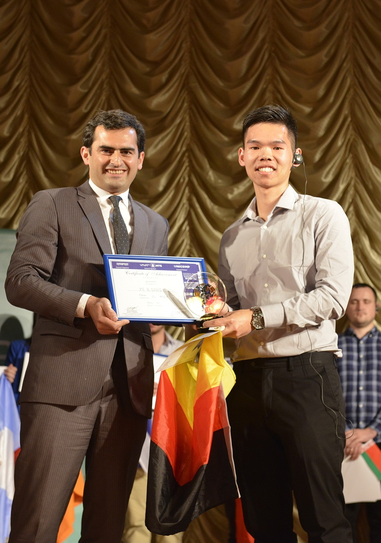 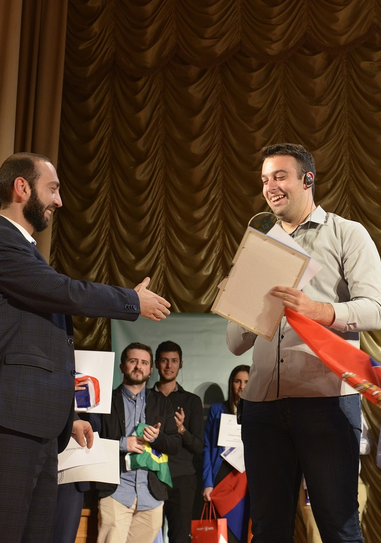 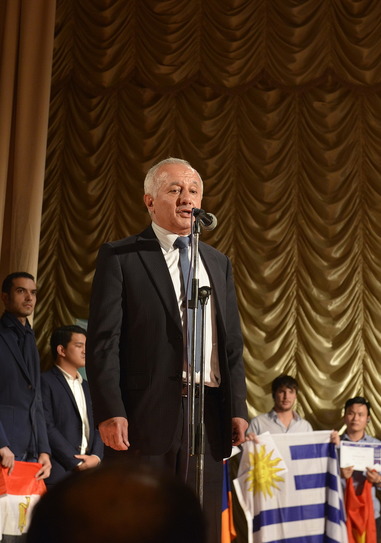 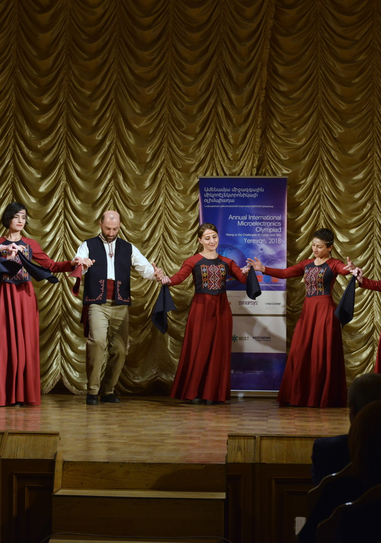 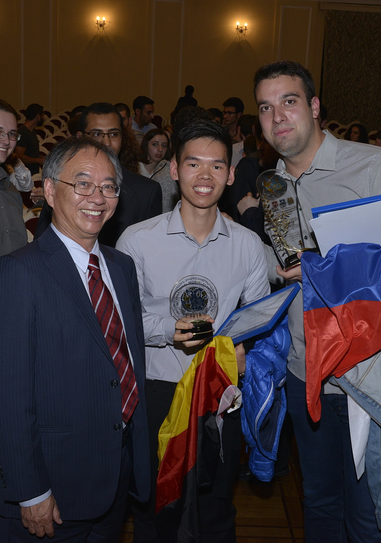 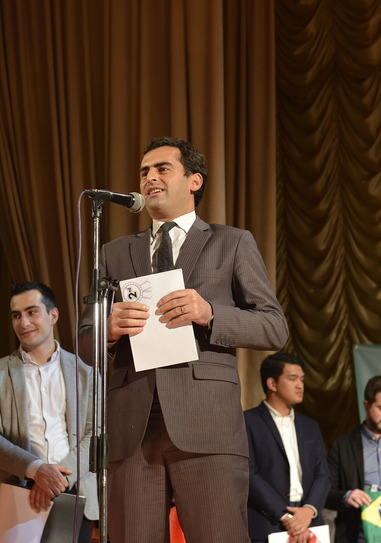 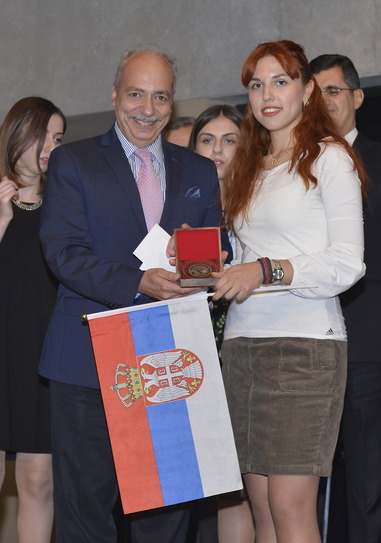 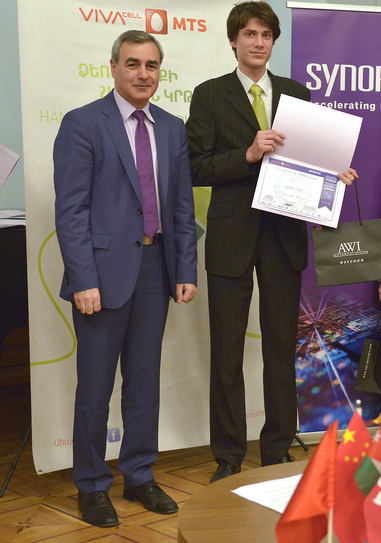 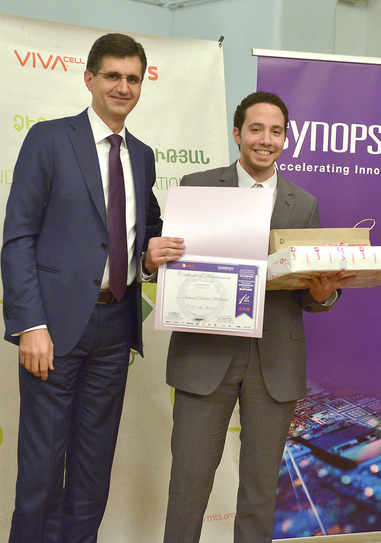 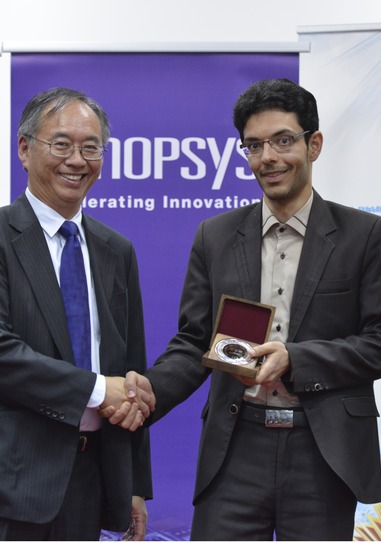 Organizing Committee of the Olympiad

President of Program Committee, Corresponding Member of National Academy of Sciences of the Republic of Armenia, Director of Educational Department of Synopsys Armenia CJSC
Biography

The Organizing Committee of the Microelectronics Olympiad covers final stage participants’ (one participant from each country) all costs (round trip ticket, accommodation, meals).

“I participated in the 7th Microelectronics Olympiad, placing second in China, and missed the chance to visit Armenia. I was determined to win this year, and I did. It’s my pleasure to visit Armenia and to compete in the final stage of the Eighth Annual International Microelectronics Olympiad of Armenia. I am honored to be among 44 finalists because I believe that it shows the high quality of microelectronics education in my university. This also gave me an opportunity to spend three full days in Armenia, learn more about Yerevan and gain new friends from around the world.”

“The Olympiad is the first international competition I’ve ever participated in and it was a great experience. It provided a valuable opportunity to meet colleagues from all over the world, and was a challenging test of my knowledge and skills. My ability to win the second-place award demonstrated that the level of education in Saudi Arabia is comparable to that of other technology leading countries. In addition, winning motivates me to get involved in other similar contests. I thank Synopsys for creating such opportunities for engineers worldwide. I also thank King Abdulaziz City for Science and Technology (KACST) for sponsoring me in this trip and King Fahd University of Petroleum and Minerals (KFUPM) for giving me the knowledge that made this achievement possible.”

“The Annual International Microelectronics Olympiad of Armenia is a great opportunity for us to compete not only with our peers, but also with participants from other countries. Participation in such a competition helps us test our knowledge and practical skills in microelectronics design, and identify weaknesses for further improvement.”

“Such Olympiads are very useful to us. The Olympiad is useful in three aspects. First, you are preparing yourself to participate in it, second, you check your knowledge and third, you analyze your results and start to work on improving them”.

“It’s inspiring to see that the continuation of a great competition involves so many talented engineers. Having experienced it myself, I know that everyone is very excited during the competition, then you are seized by the feeling of pride and accomplishment.”

Students under the age of 30.

What are the Olympiad goals?

What are the Olympiad topics?

How is the Olympiad conducted ?

The Olympiad is conducted in two stages

Submit applications no later than September:

Supporters of the Olympiad

A Sample Test from the Annual International Microelectronics Olympiad

Book of Tests And Problems

Find Us Near You